Aging former mob boss Francis “Cadillac Frank” Salemme is being held without bail on charges that he took part in a 1993 gangland slaying of Boston nightclub owner.

Salemme, 82, formerly of Sharon, Massachusetts, was arrested Monday, according to court documents. The criminal complaint says Salemme was using the alias of “Richard Parker” and was apparently living in Atlanta, Georgia. A press release issued by the U.S. Attorney’s Office in Boston says Salemme was arrested Wednesday morning in Connecticut.

Salemme, dressed in a blue T-shirt and khakis, walked into a federal courtroom in Boston hunched over on Wednesday afternoon. When he spotted longtime prosecutor Fred Wyshak, he said, “Hey Fred, fancy meeting you here.”

During the hearing Wyshak told the judge that Salemme was on the run when he was picked up. Salemme’s attorney, Steven Boozang, denied that allegation outside court, saying his client was on the way back from Atlanta to face charges.

Details on the case are thin. Prosecutors asked that the affidavit – which would shed more light on the alleged crime – remain under seal “because it contains sensitive law enforcement information on a matter which is a continuing subject of investigation,” according to a court document.

At one point Salemme was in the Federal Witness Protection Program after he became a witness in the case against notorious Boston mobster James “Whitey” Bulger. It’s unclear if he was still in the program when he was arrested. Both Wyshak and Boozang declined to answer that question.

Calling Salemme a considerable flight risk because of the severity of charges and noting he was already on the run, Wyshak asked the judge to hold him without bail. Boozang agreed but left the door open to try and fight detention down the road.

Salemme was handcuffed by Providence FBI agent Jeffrey Cady and led away.

The complaint states the murder happened on May 10, 1993, which is the same day Boston nightclub manager Steven DiSarro was killed. His body was exhumed from behind a Providence mill building earlier this year.

DiSarro’s son, Michael, was in attendance for the hearing.

Outside court Benjamin Urbelis, an attorney representing the DiSarro family, 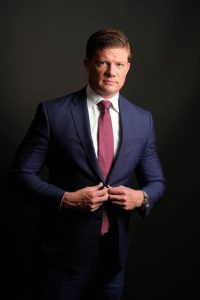 told reporters it was an “emotional day” for the family.

“For 23 years the DiSarro family has had more questions than answers,” Urbelis said. “So they are hoping now at some point they will have their questions answered and eventually justice for Steven.”

The charge comes with the possibility of the death sentence or life in prison, according to the U.S. Attorney’s press release, though “actual sentences for federal crimes are typically less than the maximum penalties.”

Rhode Island mobster Robert “Bobby” DeLuca has already been charged in the DiSarro case for allegedly lying to prosecutors about what he knew of the crime.

The FBI along with the Rhode Island Medical Examiner’s Office exhumed DiSarro’s remains in March. Using DNA results, his body was positively identified earlier this month. DiSarro, previously of Westwood, Massachusetts, was 43 when he went missing.

As Target 12 was first to report, FBI investigators began searching for human remains behind 715 Branch Ave. in Providence earlier this year, and human remains were removed from the site on March 31.

In the indictment against DeLuca, investigators say DiSarro was murdered by Salemme on May 10, 1993.

“Salemme arranged with the defendant DeLuca to dispose of the body at a location in Providence, Rhode Island,” the indictment states. “Shortly after the murder of DiSarro, Salemme transported DiSarro’s body to Providence, R.I., where the defendant Deluca arranged to have the body buried in the vicinity of 715 Branch Ave.”

Salemme has previously denied he had anything to do with DiSarro’s murder. According to investigators, Deluca “falsely stated” during a March 2011 questioning by FBI agents that he had “no information regarding the disappearance of Stephen DiSarro.”

According to court documents in another case, prosecutors say notorious Boston mobster Stephen “The Rifleman” Flemmi claims he walked in on the murder in Salemme’s home.

“He just happened to be in the neighborhood and witness this crime,” Boozang said. “It’s untrue and he will go to trial.” 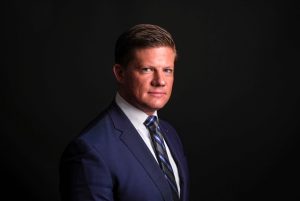 Attorney Ben Urbelis was recently named a Top 100 Trial Lawyer by National Trial Lawyers. His firm, Urbelis Law, is a criminal law practice focused on DUI defense. The firm has obtained a “Not Guilty” verdict in 90% of its trial cases. In addition to being name a Top 100 Trial Laywer, attorney Benjamin Urbelis has also been named a Top 100 Attorney by the American Academy of Trial Attorney and was listed in the Top One Percent by the National Association of Distinguished Counsel.