Hiring a lawyer to help you with your legal troubles is an important step in any criminal case. Lawyers are everywhere, so finding a good one is not always easy. Most lawyers offer free consultation services so that you can get to know them and they can briefly review your case. This is a great time to ask some hard-hitting questions to ensure you hire the best lawyer for your particular case.

How Long Have Your Been Practicing Law?

In general, most people facing criminal conviction feel more comfortable with an established attorney who has plenty of experience. Ask about how many years the lawyer has been practicing, and roughly how many cases they’ve handled during that time.

What Cases Do You Handle Most Often?

Just because a lawyer is established doesn’t mean they’re established in your area of need. Some lawyers specialize in car accidents, while others are more familiar with violent offenses like armed robbery. The types of cases they typically handle and what you’re comfortable with is up to your discretion.

If the lawyer does have experience in similar cases, ask what their success rate for their clients is. Success typically means getting their client acquitted of the charges, but it my also include getting a plea deal or lesser sentencing.

What Outcome Should I Expect from My Case?

Based on the information you provide; the lawyer should be able to tell you what outcome to expect from your case. This expected outcome won’t be 100% accurate since they don’t know everything the prosecution has against you yet, but it will give you a rough idea of what to expect in the coming weeks and months. They can also tell you if you would benefit from a plea deal, or even an out of court settlement option that is potentially cheaper and less time consuming. 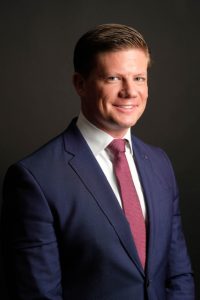 Hiring a lawyer to defend you is a serious decision that shouldn’t be taken lightly. Look for a lawyer that you feel comfortable talking to, and one that you’re confident in their ability to defend you. When it’s your turn to ask questions, don’t be afraid to ask hard-hitting questions to put your mind at ease. Any good lawyer understands how serious the process is and how important it is for each client to find a lawyer they’re comfortable with, so they’ll gladly answer any question you have!

During a criminal arraignment, it is the judge’s responsibility to consider the unique circumstances of each case and set a bail amount based on that information to ensure thee suspect appears for their trial. The defendant (or a family member) will be required to pay the bail in full or post a bond and if the individual does not appear in court, that bail or bond is forfeited.

In some cases, bail can be denied, and the individual will be held in jail until their trial.

Commons Reasons for Bail to be Denied

If bail is denied, it may be due to one of these factors:

You Are Considered a Flight Risk

During the arraignment, the prosecution will present evidence that supports the probability of the individual showing up for their trial date. If an individual has a history of not appearing to court or has excessive funds, a passport, and the means to leave the state or country easily, the judge will deny bail.

You Are Accused of a Serious and/or Violent Crime

Bail is not only put in place to ensure an individual appears to court, but they are also a way to protect the community. If an individual is accused of a serious and/or violent crime, such as murder, the judge will either set a very high bail amount or deny bail altogether. If the prosecution is seeking life in prison, bail is unlikely.

You Are Not a United States Citizen

When a crime is committed, their immigration status is also considered. If the individual is not a citizen of the United States, they are more likely to flee the country and the judge might deny bail and put an Immigration and Customs Enforcement (ICE) hold placed against you.

You Pose a Threat to the Public

If there is potential that an individual will commit other crimes will out on bail or if the individual is dangerous to the public, bail will be denied.

You Are Already on Parole or Probation

If an individual is already on parole or probation during the time of the crime, the judge is less likely to grant bail as that individual is considered a repeat offender and will likely break the law again.

Before your bail arraignment, contact our team at Urbelis Law at (617) 830-2188 to ensure your best chance for receiving bail.

While going out for a few drinks with friends isn’t very expensive, the costs of driving while intoxicated are often much higher than people realize. Not only are you putting your life and the lives around you at risk, but there are also high fees associated with legal fees, fines, license suspension and reinstation, drug and alcohol treatment classes, and more.

A blood alcohol content of 0.08 or higher can result in an OUI charge and will cost you thousands more than the $30 you just spent on drinks at the bar.

What Are the Costs Associated with an OUI Conviction?

Most first and second offenses for OUI charges are charged as misdemeanors and carry lower fees and fines, but third, fourth, and fifth offenses can be charged as a felony and result in jail time.

According to Massachusetts state law, a battery is “harmful or unpermitted touching of another person” and is when someone hits another person or touches them with the intent of harm. Assault is the events leading up to a battery, but a battery does not have to occur for an assault to be present.

There are two types of assault:

When a prosecutor is establishing an attempted battery, they must prove the defendant:

When a prosecutor is establishing an immediate threatened battery, they must prove the defendant:

Elements of the Crime of Assault and Battery

There are several elements under Massachusetts state law the combine together to form a crime of assault and battery. These include:

The element of touch must be proved by the prosecutor, but the intent of bodily harm is not required to prove a crime of assault and battery. 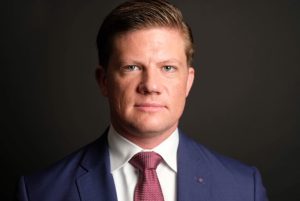 With more complex cases, additional penalties might be added.