What is a Misdemeanor?

In Massachusetts, a misdemeanor is a criminal offense that does not carry any potential for time in state prison. Depending on the crime, the penalties for a misdemeanor can range from a $50 fine to two and a half years in the House of Corrections.

If you are facing a misdemeanor criminal charge, contact our team of criminal defense attorneys at Urbelis Law today at (617) 830-2188.

What is a Felony?

In Massachusetts, a felony is a very serious criminal offense that is publishable by time in state prison. There are several classes/degrees of felonies with punishments ranging from less than five years but more than one year in prison through life imprisonment and the death penalty.

Crimes that are considered a felony include murder, rape, burglary, kidnapping, and arson. 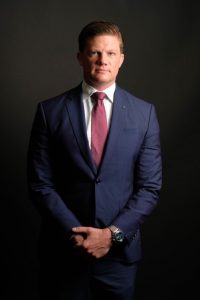 For over ten years, Managing Attorney Benjamin Urbelis of Urbelis Law has been representing clients throughout Massachusetts in state and federal courts. Benjamin has represented several high-profile clients, has earned multiple trial advocacy honors including National Trial Lawyers’ “Top 100 Trial Lawyers”, and has obtained Not Guilty verdicts in more than 80% of his cases that have been taken to trial.